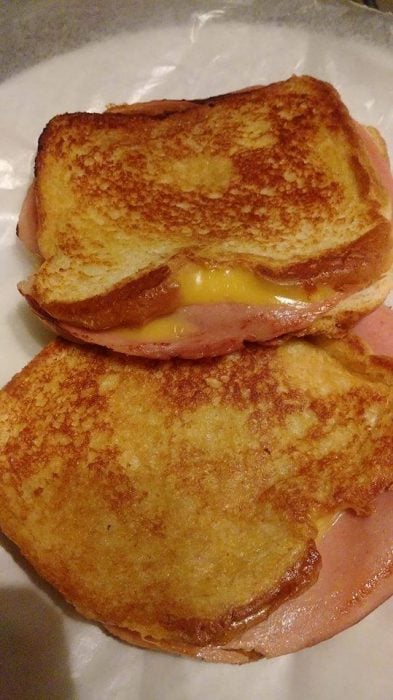 A bologna sandwich is a ho-hum but ubiquitous lunch option, but there are ways to make it a bit more interesting. In the South, for example, cooks give this sandwich a bit of a twist by frying the bologna first. They simply place the bologna slices onto a lightly buttered griddle or nonstick pan and fry them up until they are browned. The thicker the cut of Bologna, the better, so ask for the bologna from the deli counter instead of buying it prepackaged.

How to Make It

Heat the canola oil in a nonstick saute pan over medium-high heat.
Place the bologna in the pan and cook until brown, about 1 to 2 minutes on each side.
Top with a slice of American cheese and remove the pan from the heat.
Spread mayonnaise on the insides of both slices of bread and place the fried bologna and melted cheese on one piece. Top with the other piece of bread and serve.

Lemon Loaf Recipe – A Refreshing and Delicious Treat for Any Occasion

Sausage Gravy over Fresh Biscuits and Fried Taters and onions